Home > Our Services > How to Write an Acceptance Speech

How to Write an Acceptance Speech 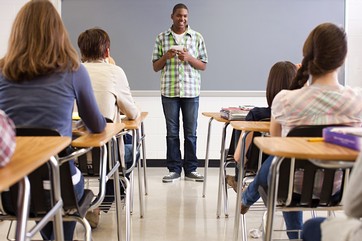 Acceptance speech is demonstration of thankfulness and also an attempt to convince the audience in one’s own ideas, theories or achievements. It is usually related to giving an award to someone. Regrettably, in the majority of cases acceptance speeches are written in similar way, or are so “dry” that no one could remember what the speaker has said.

Acceptance speech is demonstration of thankfulness and also an attempt to convince the audience in one’s own ideas, theories or achievements.
Tweet This

Writing an acceptance speech is not to be conceived in the similar way like writing an essay. What you need to do is to coordinate your speech and style of expression. For example, most political leaders got their speeches written by professionals, but these speeches are written according to the capacities, abilities and personal way of expression of the leader in question. Hence, you always need to think how you would pronounce a particular sentence, phrase or passage of text. The instructions that follow below will tell you something about how to write an acceptance speech so that your words will have some impact on the audience, provided that you will not be awarded the Noble prize or another prize which requires high quality of speech.

How to write an acceptance speech – 10 instructional tips

1. Think about particular circumstances of the acceptance speech

Think about how many people will be present, where it will take place, who will be the special guests (if so), and so forth. Giving a speech is like playing a role in a play - not only words are important, but also decoration, lighting, and sound. Remember that the big audience requires less words (or shorter speech). This is so because big groups of people are hard to control, and if some people consider your speech boring, their attitude will easy pass on the other people. Small groups are governed by different rules - they are usually more quiet and disciplined.

2. Now you should analyze the length of your speech

While writing your acceptance speech, also write down (in brackets) gestures that you want to make, or dramatic pauses. Try to remember their “place” in the speech.

4. Let’s now turn to the content of your acceptance speech

All you need is to formulate your thankfulness, as well as to explain the theory/idea/achievement that is awarded by the organization committee.

It can be just their organization’s name, or the person in particular that hands you over the award.

Second, give credit to the people that have helped you somehow - parents, colleagues, etc. Here you can allow yourself to be more emotional and you can have a long pause after expressing thanks in order to be applauded.

Tell a little about your achievement

What exactly you have done, how much effort it has taken, when you started doing it, and so on. If this is a book, tell about the plot or the message of the book.

Tell what your plans are

What are you going to do in the future? What occupation do you want to have? Do not go into details here, be concise - this is not an interview.

Say something which the audience will remember

It can be a short phrase or sentence. It should capture your worldview, or be related to your achievement. Show that your achievement has social value, i.e. it can and will contribute to the well-being of society.

Having written the speech, try to have several rehearsals (at least two times). You can, of course, read from the paper, during both the rehearsal and the ceremony. In the latter case, however, you should speak clearly and slowly so that the audience will have the chance to catch each of your words.

Do not forget also to train your non-verbal skills. You can read something on the internet or to speak with your arts teacher, but at any rate, the audience will also observe (unconsciously) your body language. Thus, your acceptance speech will become more influential.