Home > Our Services > How to Write a Play Critique

How to Write a Play Critique 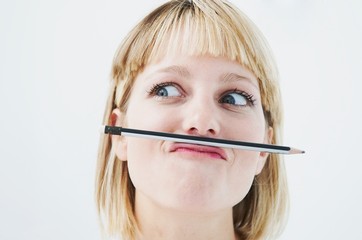 One of the most underestimated arts in contemporary world is theater. We see that less and less people attend theater performances. People today believe that it is worth watching a movie or even playing a computer game instead of attending a theater performance. What you will find here will give you some instructions on how to write a play critique. Be sure, however, that a simple article will not teach you. You should read more on the topic, and to write actively.

How to write a play critique – 7 essential tips

Firstly, you should keep in mind that there is a huge difference between a movie and a play. The mechanism, the internal logic of a play differs very much from a movie plot and its settings. A movie is usually very fast, with emphasis put on action. A drama play is focused on the words uttered by the actors, on some psychological dimensions of the characters. A movie can do without this.

2. Gather some information about the author

Authors usually write in one and the same style, and very often they focus their efforts repeatedly on the same topic. It is also very important to know more about the author’s achievements in the past, awards and prizes he/she has been given, etc. In brief, you need to get some information about his/her career and biography.

What is their appearance, their speech, their interactions with each other. Who is the “negative” and who is the “positive” character, in your opinion? Try to be impartial, do not write about your personal feelings or perception. What is important is to grasp the author’s way of thinking and his/her idea.

What is its message? What does it tell us about? Here you can rely on your own perception and common sense, thereby trying to prove a thesis regarding the play’s message. Plays are usually focused on social or psychological topics, such as alienation, asociality, love and friendship, traditions vs. modernism, values, and others. The messages can be multiple. Good plays contain plenty of messages, so they allow the reader to interpret them on their own.

Write some remarks on the flaws you have found in the play; they can be of two types: formal flaws (incorrect presentation of historical facts or places, language which does not correspond to the group to which the speaker belongs, and others), and substantial flaws (the psychological states of the characters are not described well or not realistic, lack of explanation about the biographies of the characters, lack of internal logic concerning the action of the characters).

Again for both, formal and substantial elements of the play. Do not praise the play too much, you are writing a critique, not a laudatory speech.

You should always bear in mind the main goal of writing a critique of a play: to present a given play to the reader and to find the most important of its elements, formally and substantially. In order to accomplish your task, it is necessary also to check what other critics are writing about the play, without, of course, repeating their analyses word for word (do not plagiarize).

The main goal of writing a critique of a play is to present a given play to the reader and to find the most important of its elements, formally and substantially.
Tweet This

Writing a play critique requires a lot of knowledge and logical skills, but the most important is your aesthetical feeling. Use it!