Home > Our Services > How to Write an Essay Comparing Two Poems

How to Write an Essay Comparing Two Poems 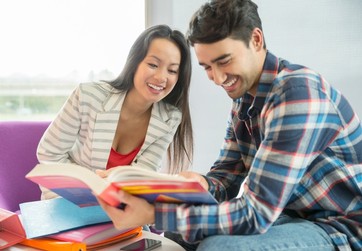 Comparison essays aim not only to describe the analogies and similarities between two literary works but also to shed some light upon other aspects which otherwise could not be observed. Thus, while comparing a certain poem with another one, we can find the influence of the historical period, of social and cultural background. It is also possible to find the same symbols having different meaning (especially when both poems represent different literary traditions). In all cases, to analyze a poem only for itself is rarely successful, since a poem usually deals with symbols, meanings, and literary devices which can be understood only when compared with another literary work (i.e. in a given context).

In what follows you will get familiar with some useful instructions regarding how to write an essay comparing two poems. Please use them only as a starting point and not as absolute authority - essay writing is always a unique process.

1. Reflect on the topic

As with any other kind of essay, here you need to reflect very deeply upon the topic. Ask yourself the following questions: what is your task? What will be your leading idea (or thesis)? Then write down everything which comes to your mind and use it while writing the essay.

2. Formulate a topic of your comparison

3.  Describe both poems one by one

Pay attention especially to their plot (if there is such), to the ideas that are exposed in them (in short), and to their narrator or main character.

Advice: you do not need to go into details while describing the poems. This should not take more than one-fifth of the whole essay. Thus, if your essay is ten pages long, the description needs to be around two pages.

4. Find similarities between both poems

You can do this by referring to their style, length, author, social and political context. Usually such a task requires comparing two poems belonging to one literary school (romanticism, symbolism, etc.). However, it is also possible to compare poems by two great poets although both of them belong to different nations, traditions and schools.

5. Reveal the differences between both poems

Again by referring to their method, style, etc.

6. Turn to your central idea

Now you need to turn to the central idea which is the basis of your topic; for instance, romantic love. How is this idea treated in both poems? You can use quotations in order to prove how romantic love is defined by both authors. The first author puts more stress on its tragic dimensions, and the other author is more optimistic concerning it. You can also refer to the style and methods used by the particular poets because ideas are suggested also in technical way (i.e., not only verbally).

You can conclude the essay by saying what are the similarities and differences in the treatment of the main idea (or that which is your topic).

Remember that your conception should be clearly expressed and logically proved. The fact that you are dealing with poems does not indicate that you can say about them whatever comes to your mind. A literary analysis should be logical.

From all said above, it can be asserted that writing an essay comparing two poems requires preparation and deep reflections on one central idea, common for both poems. You have to demonstrate your observational skills and also ability to find meanings through interpretation.