Home > Our Services > How to Write a Poem Analysis

How to Write a Poem Analysis 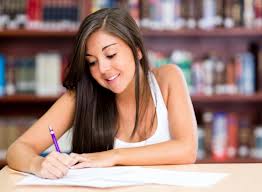 Poetry analysis or poem review may be defined as a process of analyzing the poetic language, its form and content, helping the reader understand the concealed meaning of the poem. It may involve deeper reviewing beyond the mentioned phrases and words in the poem.

Selection of the Poem

This may be a very critical step as a short poem may often be the most difficult one to analyze while the longer ones may be more narrative and much easier to do so.

Understanding the Theme of the Poem

This may be the preliminary and the most important step as understanding the theme of the poem only ensures a proper beginning of your poetic analysis.

While analysis of the hidden meaning is considered important criteria in poetry analysis, understanding the literal meaning of the poem also is equally important. Start the process of poetry analysis by paraphrasing the poem in your own words writing exactly about what is explained in the poem.

The next step may be to connote the poetic devices, tones, attitude and its effect. This may support in phrasing out an effective conclusion also.

Steps in Writing a Poem Analysis

In general, the steps involved in writing a poem analysis may be briefed out as below:

There are certain points that you can consider in order to present a better analysis on a particular poem:

Dos and Don’ts of a Poem Analysis

The concluding passage of the poetry analysis should elaborate on the feeling or the effects that the poem brings in into the reader. It may also include a note about the poet, his knowledge on the alliteration and his situation, which has led to presenting such a poem to the world.