Home > Our Services > How to Write a Rogerian Argument

How to Write a Rogerian Argument 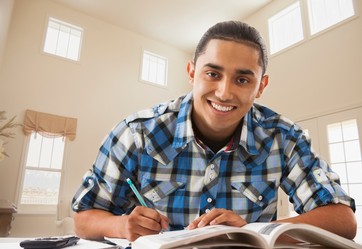 A Rogerian Argument is a special way of leading a debate after which both opposing sides stand nearer each other, instead of being in collision or refusing to continue their discussion. In our world of global technologies it becomes more and more difficult to expose logical arguments while debating with others. Carl Rogers, the creator of this approach, has elaborated it in order to make people listen to each other and reach an agreement without retreating too far from their points of view. The method can be used in oral discussions as well as in written form.

A Rogerian Argument is a special method of discussion through which the opponents express their points of view confidently and fully, without saving any part of it. Their goal, though, is not to convince the opponent, but rather to have the discussion in such a way as to stand nearer the truth, or nearer a common position.

Warning: a Rogerian Argument is to be employed as regards of issues which are not of entirely objective nature. Such a discussion, for instance, cannot be held regarding the fact that the Solar system is heliocentric because this is a fact beyond any dispute - it can only be repudiated by experiments, and not by expressing opinions. Therefore, the Rogerian Argument is to be used in spheres which are subjective, such as moral, political, social, economic, religious, etc.

A Rogerian Argument is to be employed as regards of issues which are not of entirely objective nature. It should be used in spheres which are subjective, such as moral, political, social, economic, religious, etc.
Tweet This

2. The essence of the Rogerian Argument

The essence of the Rogerian Argument is found in its perception of personal experience as fundamental for having a proper and fruitful discussion. Personal experience often leads people to different standpoints; for that reason it is important to understand the experience of the other. Instead of putting stress only on the logical side of the discussion, Rogers prefers giving opportunity to both opponents to share their worldview and values, after which they would be able to understand each other better.

This is not a real discussion or debate because usually, during either of them, both sides can interrupt each other, or can offer additional arguments (or repudiate the other's arguments).

A Rogerian Argument consists of three main parts: the first of which is the stage when you present the view of your opponent - that is, if you start first, you should present the other's point of view, and not your own. The second part is expressing your own opinion, and the final part is comparing both positions and finding similarities between them.

A Rogerian Argument consists of 3 main parts: 1) presenting the view of your opponent; 2) expressing your own opinion, and 3) comparing both positions and finding similarities between them.
Tweet This

3. Exposition of the opponent's view

You have to know that the view of your opponent should be presented as objectively as possible. You need to observe the following rules:

It is good to read about the view of your opponent prior to having the discussion (or writing the argument). It is also recommended to speak to your opponent in order to clarify their ideas. If you cannot do it, then it is better to rely on what your opponent, or the institution/side they represent, have written.

4. Exposition of your own view

If you want to write a good exposition you should have the answers to the following questions:

As you see, it is quite important to formulate the topic precisely. Then it will be easy to formulate your own standpoint. Remember: when the topic is vaguely formulated (it is too long or too abstract), a true discussion is impossible.

5. Things to avoid in writing a Rogerian Argument

There are several things you have to avoid at any cost while developing your Rogerian argument.

These are as follows:

As it was already mentioned, you should avoid personal attacks. This also indicates subjective feelings, expressing your emotions, employing moral categories (i.e.: “Mr. X is bad. His behavior is to be condemned”). Your task is not to preach but to expose good arguments in support of your thesis, at the same time having respect for your opponent.

Below, please find a Rogerian Argument example on a topic "Refugees from Syria"

Title: “Refugees from Syria - to take them or to refuse them?”

The thesis exposed by Mr. X can be summarized as follows: the United States should not provide Syrians with asylum because most of them are dangerous. Some of them belong to terrorist organizations; others express sympathy for radical Islam and extremism. Their presence in this country will strengthen the terrorist network and will threaten the security of America. Only a limited number of refugees from Syria could be accepted, mostly women and children, as well as highly trained professionals (teachers, doctors, etc.).

Refugees fleeing from the war in Syria should be taken in the United States because they need help and support. They could be accommodated in special centers for refugees, and also trained to find a job in the United States. Most of the refugees are normal people with normal life. They did not flee in order to organize terrorist attacks, but they rather run away from the terrorists who are now in control of some parts of Syria.

Part 3: Looking for an agreement and common points

The similarities shared by both points of view are the following: first, there are terrorists in the world planning attacks also in America; and second, at least some number of refugees could be taken in America. Now, the problem is how to define who has the right to asylum: only doctors, teachers, and other people with university degrees; or mostly women and children; or all Syrians who are confirmed to be real refugees to be taken in America. The first point could also be addressed by both theses: some of the Syrian refugees are also afraid of terrorists, thus they could help to fight terrorism.

You can support all this information by adding quotations - excerpts from texts written by your opponent, as well as articles, monographs, opinions presented on the forums, etc. You have to support your theses with data, statistics, or any kind of reliable information (for example, to show what is the percentage of terrorists among the refugees from Syria).

How do you start a Rogerian essay?

When writing a Rogerian essay, the key things to keep in mind are your main points for your argument and the opposing views. To start your Rogerian essay, you will need to research your topic and fully understand it. This will help you to formalize the main points for your argument and identify any opposing views. In doing this, you will also be able to critically analyze these views and draft your ideas for them.

How to write the introduction for a Rogerian argument?

When writing a Rogerian essay, you will want to include the following in your introduction.

How do you write the thesis for a Rogerian essay?

For your Rogerian essay thesis statement, you will need to state your main point in the form of a thesis statement. Make sure that you indicate your viewpoint and propose a solution to the issue.

How do you write the conclusion for a Rogerian argument?

In writing the conclusion for a Rogerian essay, you will need to do the following.

How do you structure a Rogerian essay?

The ideal Rogerian essay should have seven sections:

1) Introduction – This is where you state the main issue, identify the source in conflict and give reasons for analyzing the issues from different angles.

4) Author’s viewpoints – State your main points on the issue and briefly explain each point.

5) Validation of author’s points – Provide evidence to explain your viewpoints.

6) Discussion/debate of viewpoints – Argue your main point with the main opposing viewpoint, always giving evidence to support these views.

7) Conclusion – Summarize your main views and give a solution that is a common ground between your argument and the opposing views, but making sure to state why your view is more beneficial.

What is an appropriate format for a Rogerian essay?

APA or MLA format can be used when writing your Rogerian essay.

What are some good Rogerian essay topics?

Good Rogerian topics are the ones that have several viewpoints and can be argued from a proposing and opposing side. Here are 20 good topics for writing a Rogerian essay.

1. Beauty products should be tested on animals.

2. The government should ban smoking in public places.

3. Contraceptives should be issued in schools to prevent teen pregnancy.

4. Euthanizing is the humane thing to do for a terminally ill patient.

5. Marijuana should be used as a form of medicine.

6. Should we censor the internet?

7. Should a two-child policy be implemented to curtail overpopulation?

10. Are the current ways of testing children effective in checking their progress?

11. Is our taxation system fair?

13. Are beauty pageants a form of exploitation?

14. Has the use of technology in learning and education helped child development?

15. Should Religious studies be taught in schools?

16. Tobacco advertising should be restricted.

17. Childhood obesity: is it the fault of the parents or the food and beverage companies?

18. Are rappers responsible for crime and violence?

19. Are parents responsible for the decisions of their children?

20. Torture is a necessary evil.

Is there a difference between a Rogerian essay and a Rogerian argument essay?

What is the difference between a Rogerian argument and a classical argument?

What’s the difference between a Rogerian argument and classical rhetoric?

The Rogerian argument discusses the proposing and opposing viewpoints with the aim of the reader being able to understand the issues. However, in the Rogerian classical rhetoric, the author aims to convince and persuade the reader of their viewpoint in an effort to sway to their way of thinking/agreeing with them.

What’s the difference between a Rogerian argument vs a toulmin argument?

Rogerian arguments rely on moral and ethical reasoning to support the viewpoints of the author while Toulmin arguments are supported by empirical data and logical reasoning.

Do you need help with your Rogerian essay?