Home > Our Services > How to Write a Rogerian Essay

How to Write a Rogerian Essay 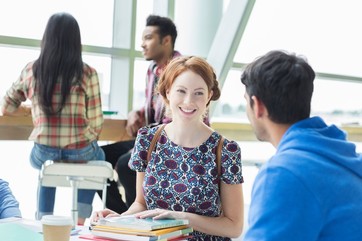 Hot debates are held on Internet forums today. The Internet has become the most popular place for exchanging opinions, rejecting given theories, persuading the audience in one’s own point of view. It is a piece of cake to publish and disseminate information, instead of conducting a good discussion which is based upon rational argumentation. It is evident that it is important to know the principles of argumentation nowadays, in order to avoid being manipulated by the Internet media (including social networks and forums).

But besides the traditional principles of argumentation elucidated as early as in Ancient Greece, there is another method for conducting debates: the so-called Rogerian argument. It was developed by the psychologist Carl Rogers with the aim to teach the potential opponents how to reach a common conclusion, without entering into any hostilities or scandals.

A Rogerian argument was developed by the psychologist Carl Rogers with the aim to teach the potential opponents how to reach a common conclusion, without entering into any hostilities or scandals.
Tweet This

How to write a Rogerian argument essay – 8 things to consider

A Rogerian argument is conducted according to special principles which will be discussed in the present guide. Its main idea is the assumption that each person has to understand the point of view of their opponent. From the very beginning both opponents have to attempt at mutual understanding, but at the same time they should not give up their own point of view completely for then the argument would not work effectively; this would be a mere resignation.

A Rogerian essay thus deals with the Rogerian argument, so it presents both views and attempts of both opponents to persuade each other. A Rogerian argument essay does not have any strictly formulated length or topic. It can be written in the field of Social sciences, Humanities, but not in Natural sciences (which deal mostly with facts and not with opinions).

A Rogerian essay deals with the Rogerian argument, so it presents both views and attempts of both opponents to persuade each other.
Tweet This

According to the principles of formal logic, it is not possible that two contradicting points of view are true; let’s say, that “The wall is white” and “The wall is not white.” Therefore, the leading principle of such a debate is the idea that only one of the opponents represents the correct point of view. It is important to remark that the Aristotelian understanding of formal logic does not exclude the possibility that a given thesis is logically correct and false at the same time. Formal logic is interested only in the way in which the argumentation is carried out, without any reference to the truth. This is a serious disadvantage in comparison with the Rogerian argumentation.

3. Choose a topic for a Rogerian essay

Now, you need to find a good topic for debate in your Rogerian essay. This should be the topic which you are familiar with, and not something which you know only from the media coverage. For instance, the topic is "free tertiary education". The next step is to formulate it precisely: “Free tertiary education as giving more career opportunities.”  It is recommended to have such a formulation, which indicates your thesis. Of course, you are not obliged to formulate it in such a manner.

When you know your Rogerian essay topic well it would be easy to persuade the opponent in your point of view. Therefore, you have to read some specialized literature on the topic. This could be statistics about tertiary education, comparisons between the American college system and the one of some European countries offering free college studies. You can refer to analyses of leading economists and specialists in the field of education management.

It is important to read also articles which defend the opposite point of view; in your case, arguing for paid tertiary education. Do not forget that you are writing a Rogerian paper, but not a persuasive essay.

An outline for a Rogerian essay will be a useful means for organizing your text into one integrated whole, without the risk of omitting important information. Your outline will be of use only to you; hence, you can write whatever you want, provided that it will serve as the basis for your essay.

The outline has to contain all important theses and arguments which will be part of your Rogerian essay. You can change it as long as you read specialized literature; it always brings new knowledge, thereby leading to changing your thesis. But once the outline is completed, you should not make essential changes.

6. The basic idea of the Rogerian paper

You should start your Rogerian paper with the context of the problem and then continue with the view of the opponent. Afterwards you have to present your own point of view and try to find similarities between both standpoints. Then you have to present the differences and explain their origin. The conclusion could consist of a common agreement upon the problem analyzed in the essay.

7. What is not a Rogerian essay

Not every essay, which tries to find a common solution, is a Rogerian essay. You should not resign forcefully from your own point of view. You have to find common points between both theses; if you merely write “My point is wrong, the point X is correct”, this will not change anything.

A Rogerian argument paper also does not have anything common with the argument from the opposite (reductio ad absurdum). This is such an inference in which the veracity of the opponent’s view is assumed and then it is proved that the view in question does not correspond to the facts (or do not lead to proper examination of the issue concerned). Reductio ad absurdum is a traditional logical inference.

8. Style and language of the Rogerian essay

At any rate you must not use emotional language; do not employ ethical categories such as “good”, “bad”, “aggressive”, “stupid”, and so forth. Respect your opponent.

Moreover, you have to present the opponent’s view objectively, as if you were the opponent him/herself. Always show clearly whose the presented view is, otherwise the reader might be confused.

Context
It is believed that the American system of tertiary education could be improved by reducing the college fees. Comparison is made with countries like Sweden and Finland where it is free, as well as with countries like Germany where fees are very low. The argument behind free tertiary education is that it will give more career opportunities, especially to young people and to minorities.

Opponent’s view
Free college studies are unacceptable because the quality of teaching will decrease. The best professors will find universities to teach in other countries.

Your view
Free college studies are an investment in the future of our nation. They will help reduce the unemployment rate and will make our society more stable and integrated. Free tertiary education is necessary in our times of social despair and dissatisfaction.

Common points
Both views rely on the well-being of the society. The opponent does not oppose free college education, but finds some difficulties in the financial management of these colleges. The question asked by the opponent is: Where will the money come from? Therefore, both views could lead to one common solution.

Solution
The solution is to reduce taxes as to make them more affordable, and at the same time to increase the number of student scholarships. For example, in the country X the taxes were decreased which did not ensue in professors leaving their job; on the contrary, it attracted more skillful students and helped the universities develop international academic networks. In this way professionals (with much lower salaries) from other countries could be employed at our colleges.