Home > Our Services > How to Write a Criminology Essay

How to Write a Criminology Essay 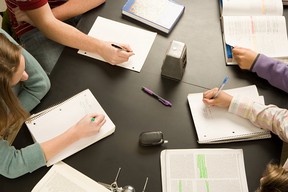 Many people are convinced that criminology is a science, which analyzes the causes, factors and prevention of crimes. A common criminology student, who has just been enrolled, perhaps believes that all he/she will be doing is to analyze different types of crimes and the way to deal with them in legal, social and political respect. However, criminology shares a lot of common things with psychology, sociology, political science, law, and even both logic and ethics. Hence, a wide range of topics could be assigned to you. By writing a criminology essay, you will demonstrate that you are able to discuss these topics at academic level. Amongst the topics you may find the following ones: causes and factors of crimes, political measures for managing crimes, ethnicity and crimes, psychological and genetic factors of crimes, social prevention, psychology of the victim, terrorism, punishment, and many others.

How to write a criminology essay – key things to remember

A criminology essay at academic level should deal analytically with a definite issue. You need to find appropriate literature on the topic and collect necessary (according to you) information: case studies, data, statistics, theories and hypotheses, and controversies. You have to be familiar with the best-proved theory, and with some of its alternatives one or two other theories which elucidate the given process or phenomenon in another way. A few direct quotations and several indirect references will make your essay look very professional.

Show the issue in different perspectives

Since criminology stands very near to other social sciences, it will help you a lot if you are able to discern various approaches to the given issue. For example, death penalty could be approached from ethical, religious, psychological, social, political, and legal point of view. It’s not that you have to write about all of them, but it is important to know how to discern these different perspectives from each other. Such topic as death penalty could be analyzed from ethical and political perspective: you need to show the difference, or the similarities between both of these. Death penalty could increase the respect for the authorities and reduce the attempts to disobey the government; but, in ethical aspect, it deprives an individual from freedom to feel regret and to try to change his/her life from now on.

Do not be too emotional in this essay, as you need to argue in favor of your thesis by employing rational argumentation. Set forth the thesis in two or three sentences; do your best to be accurate and precise in its formulation, as it should not be modified further in the text. It should be defended by two or three arguments, which you could derive from the quoted theorists.

Do not ignore the counter-arguments

If you are aware of the existence of any counter-arguments against your thesis, you should not dismiss them. An essay should present different theories, and put emphasis particularly on the points of disagreement between them. Do not be afraid to analyze the counter-arguments; this will not make your thesis weaker. You have to repudiate these counter-arguments with the adequate means - by rebuking their contents, and not by discrediting their proponents (as sometimes it happens in academic communities).

If you work on a practical issue, such as whether we should legalize marijuana, you have to offer a solution to the problem. In this case, a thesis is not enough, but you should also plan particular measures for legalization, besides predicting the social effects of such an act.

As a student of criminology, you should know well in advance how to write a criminology essay. The instructions presented above will guide you through the process of writing, but it depends on you how rational and consistent your paper will be - and this is the key to the brilliant essay.