Home > Our Services > How to Write an APA Paper Outline

How to Write an APA Paper Outline 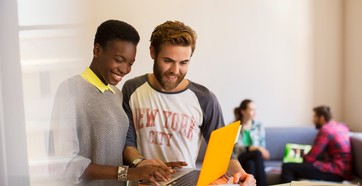 APA style is one amongst the most popular academic styles used in Social sciences. Since it has been elaborated by the American Psychological Association, it is evident that you should use this style only when writing a paper in the field of Psychology, Counseling studies or Educational sciences (or other fields which are correlated). As other academic styles, APA offers well-elaborated rules for writing and formatting a given paper. The current guide will help you with writing an outline formatted according to the requirements of APA published in the 6th edition of the APA manual (2009).

How to write an APA paper outline – 10 key tips

An outline is such a paper where the main structure of your essay, book, dissertation, etc. is formulated. An outline can be very precise (to contain a lot of information), but it can be also general containing few ideas only. This depends on your instructor’s requirements, and also on your own ambition. Outlines are useful because they help you organize your essay and formulate a clear and strong thesis (if this is needed). Remember: an outline can be changed or modified very easily - you can add new ideas, or to remove other ones. However, once started writing your essay, you cannot change its structure. Hence, make sure your APA paper outline is perfect and you are ready to start writing!

Before starting to write your APA paper outline, you must formulate a topic - probably your instructor will offer you a list of problems and you will pick up one of them. After you have chosen your topic, you need to formulate it in the title. Remember that the title and topic are different things. If figuring out the precise title is hard for you, formulate several key words - the most important words related to your essay (this is something like the “tag” at the end of an internet article). Unite these words into one whole sentence in order to formulate the title.

Now you can start writing all ideas coming to your mind. Brainstorm a little bit and write whatever you want. Think about the following:

Advice: if you are doing experimental research and you don’t know what the results will be like, you can make a plan of the research. This plan is not identical with the outline; the latter has to be written after the research is done.

4. Get to know your topic

Gather materials, collect information, quotations, comments, statistical data (if needed), and so forth. This will help you to elucidate your thesis. Insert all important notes, comments, etc. in the text. Do not forget to update the APA paper outline regularly according to the knowledge you have gained.

Now you have finished the process of collecting information. You need to distribute the information in a logical and scientifically accepted manner. Obviously, you cannot, for example, write an introduction two times longer than the main part of your essay; or put your thesis and arguments in the introduction.

6. From the thesis to the arguments

In order your APA paper to seem logical and consistent, you need to start from the thesis. You can formulate it precisely in the end of the introduction. Then you can go on with three arguments in its support. Putting the thesis in the end, or even in the middle of the paper is a serious flaw.

APA recommends using alphanumeric outlines, which means that each heading must begin with a roman number (I, II), and the sub-headings with a capital letter (A, B). The sections into which sub-headings are divided should be marked in Arabic numbers (1, 2).

APA recommends using alphanumeric outlines, meaning that each heading must begin with a roman number (I, II), and the sub-headings with a capital letter (A, B). Sections into which sub-headings are divided should be marked in Arabic numbers (1, 2).
Tweet This

There are two main types of sentences used in outlines: short and long. Short sentences only indicate and point to a given idea. Long sentences perform the function of a normal sentence. The latter usually contain formulated theses or arguments.

Formatting: your list of references should look like the one included in the APA sample outline below.

You should always stay in touch with your instructor. Once the APA paper outline is finished, show it to them. Then listen to the advice your instructor will give you.

This APA format paper outline uses long sentences. There is no thesis in the paper because it only presents the topic without analyzing it deeply. There is a short list of references attached to the outline.

I. Introduction: IQ testing is an important part of our modern education. University admission is often based upon IQ measurement.

A. The author of the first IQ tests was Alfred Binet in France

2. Shortcomings: Binet’ tests did not take into consideration some cultural and social differences influencing the level of IQ.

1. Advantages: IQ tests were elaborated further in comparison with their French counterparts.

2. Shortcomings: some cultural and language obstacles were not eliminated.

A. Singular intelligence - the idea that human intelligence is uniform and it can be measured with one system of tests.

1. Argument for: human beings have always had one and the same concept of intelligence. There are no different words for intelligence.

2. Argument against: today there are different definitions of what is intelligence, which means that the concept itself is not uniform.

B. Multiple intelligence - the conception that there are different kinds of intelligence which must be measured separately.

2. Argument against: researchers prove that one type of intelligence is always in dominating position.

A. Goals of IQ testing

1. The goal is not clearly formulated.

2. IQ tests can be abused to justify discriminatory practices.

1. Different methods seem to be successful, so there is no only one.

2. The preparation for IQ tests can influence the results.

V. Conclusion: The problem with developing a uniform definition of intelligence leads to many possible methods of testing. However, the goal of IQ tests remains unclear.