Home > Our Services > How to Write a Position Paper

How to Write a Position Paper 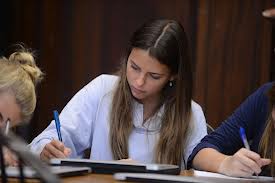 Quite often students studying in high school and college are asked to write a position paper on some particular topic or issue. The aim of such exercise is to assess the student’s level of competence in assimilating, analyzing, processing and presenting the data and information in a nice and comprehensible manner. Your professor wants to see how much you have understood a particular topic or issue. They also want to see whether or not you have understood both sides of the issue or you are just sticking to one particular side. Finally, they want to see how well you have understood pros and cons of these two sides and how well you have argued for the stronger side in your position paper. Not only at school and college, but you might also be asked to write a position paper in your company or organization. So, it is not just that position papers are meant only for high school and college students. Anyone can be asked to write it, so it’s imperative that you know how to develop it properly.

What is a position paper?

A position paper is an essay that resembles an argumentative essay closely. Here you put a topic, which might be controversial in nature and then try to explain both sides of the topic to your audience. After you have explained your point, you should argue for one of the sides, which according to you is far better and justified than the other one. So, essentially, you are picking a topic that is often controversial in nature, explain both sides and then argue for one of them in support. In doing so, you convey to your audience why the other side is not worth supporting or arguing. Remember, you are not just expressing your own opinion for one particular side or issue; you are elaborating on both sides/issues and then emphasizing why one of them is better than the other. You should be using your own analysis and justification for sticking to one of the sides. It is ultimately you, the student, who has to decide and explain which of them is better, as you cannot stick to both sides or issues at the same time. In doing so, you need to use your reasoning in a logical manner supporting your claims with factual evidence to justify your stand. By reading your paper, your target audience should agree with your stand and claim; hence, it is imperative that you use solid reasoning and logic to make your claim. One important thing to keep in mind while writing your position paper is that you must be able to argue, both for and against the topic or issue in an effective and rationale manner. Once you have developed this skill, it would be a useful asset for the rest of your life, as you can position your case effectively in any given situation or scenario. This is the basic structure of any position paper. The following steps will guide you in writing a good position paper in a better way.

How to write a position paper: basic steps

If you follow the above instructions, you will be in a better position to write a good position paper for both academic and non-academic purposes.