Home > Our Services > How to Write a Photo Essay

How to Write a Photo Essay 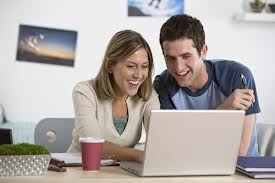 A photo essay is an essay where photos do the most of the narration part unlike normal essays where words take the center stage. In the photo essay the words are used to express or convey the messages, which cannot be expressed just through the photos. So in essence, the photo essay conveys the emotions, thoughts and ideas by using a combination of words and pictures rather than depending on just words or a photo alone. One thing to remember in mind is that in the photo essay the words are used not just for mere annotation or caption; instead, they support the photos by providing suitable descriptions and details where the pictures might be lacking in doing the same.

Below, we will acquaint you with the nuances of writing a photo essay in a lucid and concise way.

Steps in writing a photo essay:

Each of these varies in some way or the other. For example, a time sequence essay is like making an essay with a timeline in the background. You start with the birth, origin or genesis of an object, or                  a thing, and describe in the essay by your photos that are taken in a progressively sequential order.

By following the above-mentioned steps, you would be able to write a good photo essay.