Home > Our Services > How to Write a Descriptive Paragraph

How to Write a Descriptive Paragraph 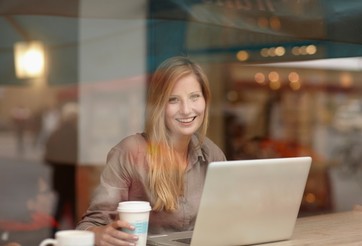 The best writers are such people who are very observational and sensitive at the same time. On the one hand, they are able to perfectly describe nature, and on the other hand, they can penetrate deep into the feelings of the given character. Of course, writers have their own style of describing: some of them, as the majority of so-called realists, prefer describing external conditions - nature, physical appearance, etc. Besides, there are such writers who like more to manifest the psychological state of the particular person. Thus, there are two possible ways of description: the objectivist one, and the subjectivist one.

You can also try to mix them both; for example, the description of physical objects to serve as a starting point for going into deep psychological reflection. At any event, writing a descriptive paragraph appears to be a provocative and difficult challenge. It requires plenty of imagination, perfect verbal skills and knowledge of your native language.

Writing a descriptive paragraph requires plenty of imagination, perfect verbal skills and knowledge of your native language.
Tweet This

The following 6 points will teach you how to write a descriptive paragraph.

Your descriptive paragraph is a part of a story, of a novel, of an essay, and so forth. Hence, if this is your assignment, then you need to imagine the whole plot of the story. Think about the main characters, their interactions and behavior. Then choose one of them to be described, or at least involved in the action.

Warning: when speaking about action, you should not think that the described personality has to do something in a physical way - to run, to fight, to shout, and so on. The process of thinking or observing the world around could be also a kind of action.

Now you need to think about the setting of the scene which you describe. What is the place in which the action takes place? Is it an apartment, a restaurant, a sports hall, or a park? At what time of the day? Evening and night are closely related to romantic feelings and memories. On the other hand, the daylight makes people think in accordance with common sense.

3. Introduce the main character in the first sentence

If possible, tell what is their name. It would be very catchy if you can describe (even partially) the physical appearance of the person in question. Then you can go on by referring to the setting of the scene - where and when it takes place, in connection with what (a business meeting, a dating, etc.).

4. Introduce another personality (if you want so)

At any rate, this will make the paragraph more interesting. It is not necessary for the second person to be present at this moment; this could be a thought about them, a memory, a day-dream, etc. You can also describe the appearance of this person, but in short.

5. Explain the relationship between both

They could be lovers, or a father and his son, or two brothers, and so forth. The son, while sitting with his father, thinks about their past moments which will never come into being again. He tries to remember their most beautiful moments. This can be a good example for the plot of a descriptive paragraph.

The main character can see, touch, hear, smell, or taste a given object or a set of objects. Do not rely only on describing what the person sees because, let’s be honest, this is a little bit boring. It is advisable to describe scents (of roses), or sounds (of the wind), etc.

The paragraph does not need any conclusion. The thing is that it should be an integrated whole; it also needs to give the feeling of aesthetical joy to the reader. You should work in this direction as to try to be like the best writers.

Descriptive paragraph doesn’t need any conclusion. The thing is, it should be an integrated whole; it also needs to give the feeling of aesthetical joy to the reader.
Tweet This
Psst... 98% of SolidEssay users report better grades!
Get your original paper!
Place Order Now