Home > Our Services > How to Write a Character Analysis Essay

How to Write a Character Analysis Essay 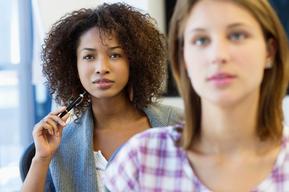 While writing a character analysis essay you are making a critical view of the character which you have chosen in your work and you can turn an antagonist into a protagonist or vice versa if you don’t study your character too well. However, whatever kind of the character you choose to portray in your essay, you must not forget to link the evidence to the main work from where the character has been derived. This is because without referring to the evidence, say a novel or drama, you won’t be able to support your views on the character.

How to Write a Character Analysis Essay

You must take note of the following steps before writing your character analysis essay, as they will guide you effectively in coming up with a great paper:

Once you have finished writing your character analysis essay, don’t forget to proofread it for spelling and grammatical errors. You may even show your essay to your friends or your parents so that they can provide you with proper feedback before you give it to your teachers for final assessment. If you follow the above steps, you would be able to make a better character analysis essay.